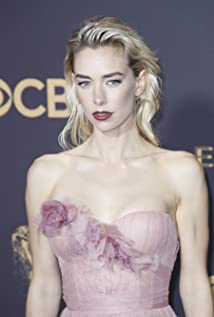 Vanessa Kirby is an English stage, TV, and film actress. From 2016 to 2018, Kirby portrayed Princess Margaret in Peter Morgan's Netflix series The Crown, for which she won the BAFTA Award for Best Actress in a Supporting Role in a Television Series in 2018. She starred as Estella in the BBC adaptation of Great Expectations, Joanna in Richard Curtis' romantic comedy About Time and Mission: Impossible - Fallout (2018). She is known mostly for her stage work, having won acclaim and awards for various productions, including Streetcar Named Desire with Ben Foster which transferred to New York; with Variety in 2016 called her "the outstanding stage actress of her generation, capable of the most unexpected choices." After MI6, she had a leading role in another action blockbuster, Fast & Furious Presents: Hobbs & Shaw (2019)

The World to Come