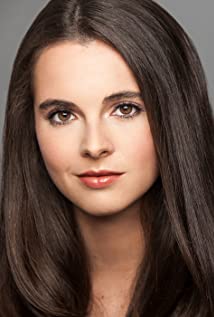 Vanessa Marano started acting in the theater when she was seven years old, performing in numerous plays at A.C.T. in Agoura Hills, California. She began her professional career with several national commercials.Marano is most recognized for her roles as "April Nardini", the daughter of "Luke", in the highly popular show, Gilmore Girls (2000) and for the role of "Francesca", the daughter of the Emmy Award-winning Lisa Kudrow, in the HBO original series, The Comeback (2005). Recently, she starred in Scoundrels (2010), playing the scheming, school-skipping daughter of Virginia Madsen. She has had recurring roles in shows including Dexter (2006), Without a Trace (2002), Trust Me (2009) and The Young and the Restless (1973). Her guest-starring credits include Parenthood (2010), Medium (2005), Ghost Whisperer (2005), Past Life (2010), Six Feet Under (2001), Malcolm in the Middle (2000) and Grounded for Life (2001).She starred as a young girl who becomes a quadriplegic in the critically acclaimed television movie, The Brooke Ellison Story (2004), directed by Christopher Reeve.Marano's first film was the animated hit, Finding Nemo (2003), followed by the independent films, Easy (2003), The Clique (2008), Stopping Power (2000), Dear Lemon Lima (2009) and, most recently, The Secret Lives of Dorks (2013).Vanessa is working with Lucy Liu on a miniseries, playing the troubled foster teenager, "Imogene 'Immy' Hicks" in Marry Me (2010).Vanessa speaks Italian and is enrolled in her sophomore year in college.

How to Deter a Robber

This Is the Year