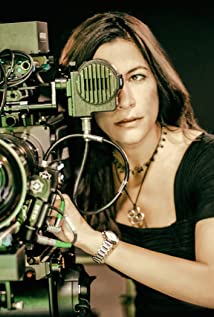 Vanessa Parise is a director, actor, and writer. Named one of "Ten Female Directors Breaking Stereotypes" by SheKnows, Vanessa grew up one of five children in a large, extended, Italian-Columbian-Jewish family, which inspired Kiss the Bride (2002).Parise graduated from Harvard magna cum laude in Biology, and was accepted to Harvard Medical School. Instead, she attended a summer program at Circle in the Square in New York City and was invited to enter their two-year theatre program. She took a deferment from HMS and has never looked back.While at Circle, Parise dove into the Off-Broadway theatre scene, earning honors in the New York Times for her performance of Sarah in "Seascape"). Upon graduating, she headed to Hollywood without any ties or connections, where she wrote, directed, produced and starred in Lo and Jo (1998), a short film which won various awards and accolades. Kiss The Bride was her first feature as director/actor/producer/writer. The film won Best Actress for Parise at Cinequest, Best Feature Film for Parise as writer/producer/director at the Hamptons, Sarasota, and Rhode Island, Best Actress (Talia Shire) and Best Score (Jeremy Parise) at Monte Carlo,, Best Actress (Francis Bay) at Torino, and the list goes on.Most recently, Parise directed Tim Kring's one-hour supernatural drama Beyond for Freeform. She also directed the high-profile Simone Biles biopic, which just premiered to extremely strong ratings on Lifetime and NBC. Parise has directed multiple episodes of Just Add Magic for Amazon and multiples of MC2 for Netflix. She also directed the edgy, highly-acclaimed television movie Perfect High (Bella Thorne), thrillers #Popfan (Chelsea Kane) and Status Unknown, and the comedic Unauthorized Beverly Hills 90210 Story.Parise was selected for the inaugural year of Fox's prestigious Global Diversity Initiative. She received a 2016 Leo Nomination for Best Direction of Perfect High and a 2015 Leo Nomination for Best Direction of #Popfan. She was honored by Lifetime with their Broad Focus Top 5 Original Movies.