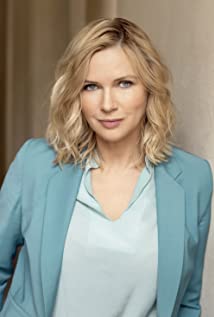 After playing a lead role in Oscar and Golden Globe nominated movie "Schtonk!", Veronica has worked in over one hundred feature films; more than thirty of which were American / English productions. Two Emmy-Award-winning productions stand out among the numerous films, TV and made-for-TV movies that Veronica has graced; her last movie is on the Oscar list again.Some of her recent works include Nicholas Jarecki's "Crisis", alongside Gary Oldman, Armie Hammer, Evangeline Lilly, Michelle Rodriguez, Luke Evans and Greg Kinnear. Her short film "Malou" was on the Academy Award short-list for 2020. "Love, Weddings & Other Disasters" directed by Dennis Dugan with Diane Keaton, Maggie Grace and Jeremy Irons; as well as Vaughn Stein's "Every Breath You Take" alongside Michelle Monaghan, Casey Affleck and Sam Claflin were shot in 2019. She starred in Lina Roessler's "BestSellers" with Michael Caine; as well as the lead in "Master of Death 2" directed by Daniel Harrich and in "The Darker The Lake" directed by Lok Kwan Woo.Her breakthrough into film was imminent following her lead role in the successful comedy "The Superwoman (Das Superweib)", followed by the Academy Award nominated "SCHTONK!", "Rossini" and "Saviours in the night". Recent films include "Short Term Memory Loss", and the remarkable comedy "Under German Beds (Unter Deutschen Betten)". In 2018 Veronica was featured in the film "Siberia", alongside Keanu Reeves, as well as "Berlin, I Love You" with Helen Mirren. TV credits for 2018 include the series "Berlin Station" with Richard Jenkins, as well as the made-for-TV movie "Marry Me".Among the highlights of her lengthy career in the international film-making world, include work with Catherine Zeta-Jones in "Catherine the Great", John Malkovich in "Ladies Room", "Klimt", "The Giacomo Variation" and "Les Misérables", Jeff Goldblum in "Adam Resurrected", Nicholas Cage in "Pay the Ghost", Robert De Niro, Danny DeVito and Harvey Keitel in "The Comedian", Michael Shannon & Gabriel Garcia Bernal in Werner Herzog's "Salt and Fire", and Sir Ben Kingsley in "Death of an Author".A few of her personal awards include: The Adolph Grimme Prize, The German Television Prize, 2 Golden Camera Awards, The Bavarian Television Prize, 2 Bambi Awards and an Emmy for best actress in "The Manns".She is an alumna of University of Munich where she studied German Literature, Psychology and Drama. She is teaching at the German film school in Munich (HFF).

Intrigo: Death of an Author