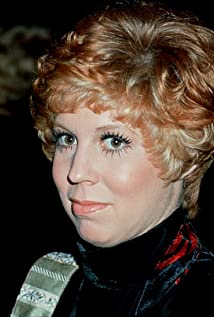 Famed actress, comedian, singer, and dancer Vicki Lawrence has appeared in television shows, and in nightclubs. Her career included shows with such popular actors as Carol Burnett, Harvey Korman, and Tim Conway.Lawrence was born Vicki Ann Axelrad in Inglewood, California, to Ann Alene (Loyd) and Howard Axelrad, a certified public accountant. Her interest in singing and dancing began at an early age. During high school, she was a cheerleader and voted Most Likely to Succeed by her class. From 1965 to 1967, Lawrence sang with the Young Americans musical group and appeared in The Young Americans, a film that won an Academy Award for Best Documentary.Vicki Lawrence sealed her own fate as a famed actress and comedian by sending Carol Burnett a newspaper clipping showing their uncanny resemblance to each other, and asking if she could give some advice for a contest she was in called "Miss Fireball Contest" in California. Burnett, having a feeling about her, found her phone number and called Vicki. Burnett attended the event, hoping to find an entertainer who could play her kid sister on her variety show. Sure enough, Lawrence was chosen as the kid sister and was mentored by Ms Burnett and her career blossomed from there. In the fall of 1967, she made her debut on the first episode of The Carol Burnett Show. She spent 11 years with the show and earned one Emmy Award and five more nominations. In 1967, she also enrolled in UCLA to study theater arts. To enhance her singing career, she went to Vietnam to perform for U.S. troops with Johnny Grant.Her music career peaked in 1973, when she was awarded a gold record for her internationally known hit "The Night the Lights Went Out in Georgia." In 1974, Lawrence married CBS makeup artist Al Schultz, with whom she has had two children. When the Carol Burnett Show ended, Vicki Lawrence starred in her own comedy show, Mama's Family, which also featured Dorothy Lyman, Ken Berry, Beverly Archer, and Betty White; Carol Burnett also frequently appeared on the show. After ending her sitcom, Lawrence delved into hosting television shows.She became the first successful female game show host when she hosted Win, Lose or Draw; she also hosted her own talk show, appropriately titled Vicki!, which ran from 1992-1994. Vicki Lawrence's credits cannot be limited to television alone. Her stage credits include Carousel, Hello Dolly, Annie Get Your Gun, No, No, Nanette and My Fat Friend. In the '90s, she performed in I'm Getting My Act Together and Taking It on the Road. Her autobiography, Vicki! The True Life Adventures of Miss Fireball, recounts her musical, stage, and television career. She spends most of her time doing motivational speeches for women's groups and charities.

Annie Claus Is Coming to Town

Under the Boardwalk: The Monopoly Story

Hannah Montana: One in a Million

The Fox and the Hound 2