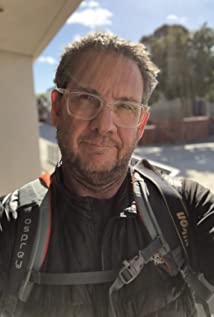 One of the few people in the film industry that was born and raised in Los Angeles, this local boy had Hollywood in his backyard growing up. So, it was no surprise when he made up his mind at an early age to pursue a job in the film industry. While working as a manager at a wine shop during college at Los Angeles City College. Victor's luck arrived. Selling a great bottle of wine to a repeat customer turned out to be his ticket in. The customer, of course, turned out to be a television producer, who in turn hired him the next week after seeing his reel and resume. That first job as a production assistant proved to be an invaluable experience and went on to be an Assistant Coordinator, Transportation Captain, Gaffer, Key Grip, Video Engineer, Sound Mixer, and Camera Assistant. At the same time, he was polishing his skills as both a Director and Cameraman. Victor's vast credits as a director/cameraman are a tribute to his genuine enthusiasm and love of the industry. He has worked on feature films, commercials, music videos, network television, as well as public service announcements. Victor spent many years at MTV in the late 80's and early 90's on shows like House of Style, Head Bangers Ball, MTV News, Rockumentary, MTV Movie Awards and MTV Sports. He was all so a lighting designer on five Real World houses, Mr. Show, James Brown, Gong Show, Big Brother, Fear Factor, Bug Juice, Stripmall, SurReal Life and a hundreds of other shows. Victor was the Director of Photography for the "BERNIE MAC SHOW", which he got his big break as a director. Since then he has directed TV shows like BLACK-ISH, SUPERSTORE, THE OFFICE, HOUSE OF LIES, BROOKLYN 99, THE MIDDLE, THE GOLDBERGS, COMMUNITY, HAPPY ENDINGS, ONCE UPON A TIME, WILFRED, SCRUBS, MY NAME IS EARL, GILMORE GIRLS, MY BOYS, EVERYBODY HATES CHRIS, and numerous pilots. Victor has been Executive Producer / Director on UGLY BETTY (ABC), OUTSOURCED (NBC) and GCB (ABC). He is currently Executive Producer / Director on "THE BOLD TYPE" for Freeform for 3 season pick up.

Stuck in the Middle