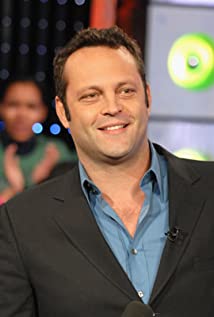 Vincent Anthony Vaughn was born on March 28, 1970, in Minneapolis, Minnesota, USA, and was raised in Lake Forest, Illinois. His parents are Vernon Vaughn, a salesman and character actor, and Sharon Vaughn (née Sharon Eileen DePalmo), a real-estate agent and stockbroker. They divorced in 1991. He has two older sisters, Victoria Vaughn and Valeri Vaughn. His recent ancestry includes Lebanese (from his paternal grandmother), Italian (from his maternal grandfather), English, Irish, German, and Scottish. His mother was born in Brantford, Ontario.Vince was interested in theater early on and grabbed a spot in a Chevy commercial. In 1988 he moved to Hollywood. He managed to hit a few spots on television, but his real goal was to make it to the big screen. He made his first credited role in the film Rudy (1993) where he met his friend Jon Favreau, who was writing a script detailing his life as an out-of-work actor. Vince was written into Swingers (1996) by Jon to play the character of "Trent". He signed on just as a favor to his buddy, not realizing it would be a career changing role. Though not a commercial success, it was a critical success in which Steven Spielberg saw him and cast him in the big budget sequel The Lost World: Jurassic Park (1997). This role gave Vince the exposure he needed to become a movie star and, for the first time, choose the roles he wanted to take. A Cool, Dry Place (1998) put him as a loving father, Return to Paradise (1998) cast him as a man having to make a life or death decision to save a friend, and Clay Pigeons (1998) cast him as an interesting serial killer. Since then his roles have been primarily in comedies such as Old School (2003), Dodgeball (2004), Wedding Crashers (2005), and Couples Retreat (2009).