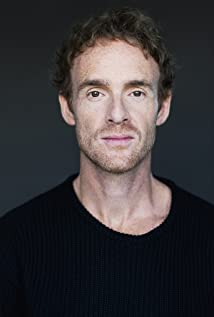 Born and raised in Quebec (Canada) Vincent Leclerc studied theatre in Ottawa and then Paris. He has spent the last 20 years making his mark in Canada as a solid bilingual actor, sharing his time between the stage, television and the movies.He's had recurring roles and guest stars on numerous french Canadian television series and TV features (among them "Affinity", for which he was nominated in 2008 for Best performance by an actor at the Monte-Carlo television festival). Over the years he's also been featured in various feature films, including "Piché: The landing of a man", "The storm within", "Warm Bodies", "White house down" and the Oscar winner "The Revenant". English audiences will know him best from shows like Syfy's "Being Human" and Canadian dramas "19-2", "This Life", "Bad Blood" and "Bellevue".But for french-Canadian audiences, for the last 2 years, he has been "Séraphin", the highly complex lead character in Radio-Canada's epic period series "Les Pays d'en Haut". Both his performance and the show have received stellar reviews from critics and audiences alike. And in 2016, he received a Gémeaux Award for his work on the series. He is nominated again this year along with 15 other nominations for the show.This year, he will be part of three feature films : Doug Liman's "Chaos Walking", the Quebec indy film "Salopes ou le sucre naturel de la peau" and "Le triomphe de l'argent", from Cannes winner Denys Arcand.

The Fall of the American Empire

Les Salopes or The Naturally Wanton Pleasure of Skin