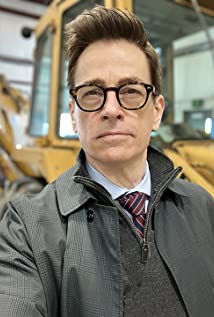 Vincent Tumeo (professionally) Originally from Columbus, Ohio a classically trained actor-dancer-singer [high-baritone] Tumeo began his acting career in regional theater and danced professionally in repertory companies up to the age of 19. He pursued a career in Fine Arts studies at the Columbus College of Art & Design as a Potter and Ceramist; and later in the Performing Arts.In 1986, Tumeo moved to South Florida to continue his professional career as a triple-threat and modeled professionally in the Fashion Industry. In 1988 Tumeo arrived in Southern California where he worked primarily as a ballroom dancer and Actor in numerous television commercials, major motion picture films, and made-For-T.V. movies. While touring as a Featured Singer with the Chippendales in Great Britain in 1992, Tumeo booked a spot as a male vocalist, on Ed McMahon's Star Search where he returned to Orlando, FL and completed seven consecutive victories, securing his spot as Semi-Finalist, and Finalist in his ninth appearance. His 1993 season was shared with a young Justin Randall (Timberlake), Britney Spears, Beyonce, Dave Chappelle, and Beth Hart.Later that year, Tumeo headlined his one-man show at the infamous Hollywood Roosevelt's Cinegrill Room, directed by David Galligan, with musical direction by Norman Bergen. Shortly thereafter, Tumeo landed a principal role starring in the American premiere of Sir Andrew Lloyd Webber's SUNSET BOULEVARD in both Los Angeles and New York City, originating his role as "Artie Green." He had the privilege and considers it a great honor to have worked with Glenn Close, Betty Buckley, and George Hearn.Upon arriving in the 'Big Apple,' Tumeo had an opportunity to appear with Liza Minelli for the FIGHT FOR SIGHT FOUNDATION annual fund-raiser concert at the Majestic Theatre on Broadway where he also shared the stage with Joel Grey, Alan Arkin, and the late Laurie Beechman. Tumeo turned in one-thousand performances of SUNSET BOULEVARD. He was also cast to sing on Frank Wildhorn's JEKYLL & HYDE (The Complete Collection), placing two cast albums under his belt. In the Summer of 1996, after a long courtship from director Jeff Calhoun, Tumeo left SUNSET BOULEVARD to accept an offer as "Danny Zuko" in Tommy Tune's revival of GREASE-starring opposite Sheena Easton and Tracy Nelson at the Eugene O'Neill Theatre on Broadway. Tumeo enjoyed a brief stint in the out-of-town 'try-out of DREAM at the Tennessee Repertory Company, directed and choreographed by Wayne Cilento [A CHORUS LINE] starring opposite Lesley Ann Warren.Tumeo was sought out for and performed in many workshop productions of new works, simultaneous to his performing eight shows a week on Broadway. Tumeo worked closely with the late Marshall Barer on new work and then, twice with the late Cy Coleman staged at the Westbeth Theatre in NYC. In 1997, Tumeo landed a lead in the Roundabout theater's Lab production ANYONE WHO HAS A HEART/CLOSE TO YOU directed and choreographed by Dame Gillian Lynne with the book by Kenny Solms starring in the role of "Alfie". This work encompassed nearly the entire catalog of Bacharach's compositions, some of which Tumeo was given the freedom to create his own signature arrangements familiar hits of Bacharach with musical director Alex Rybeck.Tumeo returned to California after a four-year run on Broadway and was asked to join an all-star cast for the KCRW/NRP live-Broadcast of Studs Terkel's WORKING, directed by Scott Schwartz at the Skirball Center. WORKING was part of the L.A. Theatre Works "The Play's The Thing" Radio Theatre Series adding to Tumeo's repertoire as his third cast album credit. Tumeo continued to dance in many period films where he's often featured with his dance partner of 22 years, Cecilie Stuart. Some films include SALSA, MAMBO KINGS, LAMBADA, BARTON FINK, POSEIDON, FIRST DAUGHTER, and WINCHELL. His experiences throughout his career have afforded him to work with some of the most renowned choreographers and professional dancers in the industry from Kenny Ortega, Miranda Garrison, Lester Wilson, Vincent Patterson, Jeff Calhoun & Jerry Mitchell, Marge Champion, Pat Birch, Bob Avian and Dame Gillian Lynne.Presently, Tumeo resides in New York City since 2017.