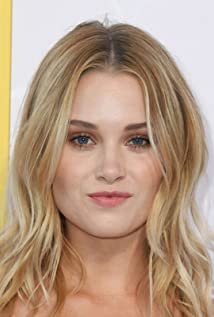 Virginia Gardner was born Virginia Elizabeth Gardner on April 18, 1995, in Sacramento, California. She attended Sacramento Country Day School until eighth grade. In 2011, she joined online schooling when she moved to Los Angeles and but she chose to take the California High School Proficiency Exam. She attempted the test in October 2011 and passed the exam. Virginia lived with her mother during her initial phase but once she started getting acting opportunities, she moved into her own apartment and began to live independently. Gardner first made her acting debut on the Disney Channel series Lab Rats: Bionic Island (2012). She then took a year off from acting to pursue her modeling career. As she got many opportunities in modeling she was going to stop acting. However, she heard about the audition of Glee (2009) and dropped the idea of leaving acting. As a matter a fact she was selected for the role of Katie Fitzgerald/Marissa and appeared for two episodes in the series.Modeling, she worked with popular brands like Kohl's, Love Culture, HP, Hollister, LF, and Famous Footwear. She also acted in series like The Goldbergs (2013), How to Get Away with Murder (2014), Law & Order: Special Victims Unit (1999), Zoo (2015) but didn't gain much recognition as from modeling. In 2015, she was cast in the American found footage science fiction thriller film, Project Almanac (2015) as Christina Raskin. The movie was commercially successful at the box office and it also helped Gardner to establish herself in Hollywood. Since 2017, Gardner portrays the character Karolina Dean in web series, Runaways (2017).

Tell Me How I Die