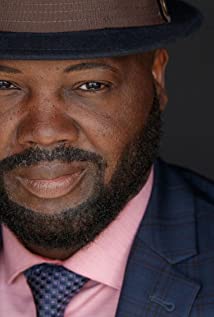 Born in Montreal on April 20th, 1974, Viv Leacock is a Vancouver based actor with extensive credits in film, television, voice over and stand-up comedy. It was Viv's flair for comedy that caught the eye of director, Betty Thomas for his first supporting lead role in the buddy action comedy flick I Spy, starring Eddie Murphy and Owen Wilson. Growing up, Viv idolized Eddie Murphy along with Richard Pryor, Redd Foxx and Bill Cosby. So when Murphy personally selected Viv to play T.J and told him that he thought he was really funny it was a massive moment for him. Dave Thomas of SCTV fame next cast Viv as Dr. Marlon Thomas in the 2004 comedy Intern Academy. Starring along side some comedic royalty including Dan Aykroyd, Matt Frewer, Dave Foley, Maury Chaykin and Saul Rubinek. A meeting with director Brian Levant would lead to Viv being a part of the 2005 family comedy Are We There Yet? and again in 2007 on Are We Done Yet? starring Ice Cube, Nia Long and Tracey Morgan. Viv would next take on a recurring role on the comedy Psych, starring James Roday, Dule'Hill and Timothy Olmudson. Dramatic parts came his way in 2010 with director Carl Bessai working on Fathers and Sons. Robert Lieberman's The Tortured and The Stranger. Viv would earn a Leo nomination for best supporting actor in a dramatic role in the environmental thriller The Thaw starring Val Kilmer. Starring roles in the independent home grown features, The Movie Out Here and Becoming Redwood balanced out Viv's supporting role in the 2012 Hollywood blockbuster This Means War. Directed by McG and starring Chris Pine, Tom Hardy and Reese Witherspoon. An aspiring director, 2013 would see Viv switch behind the camera and direct the hilarious short, Missed Connections. Based on the true story of two couples on blind dates that end up with the wrong partner based on a series of misinformation. Viv would kick off 2016 with a recurring guest star role on CW's Frequency and a very personal supporting role in the CBC TV movie On The Farm directed by Rachael Talalay. A call from director Neill Blomkamp led to Viv participating in Oats which is a series of sci-fi short films, both hilarious and horrifying. Subsequent recurring roles include the Peter Farrelly directed series Loudermilk, starring Ron Livingston and Will Sasso along with Hallmark movie channel's Hailey Dean Mysteries with Kellie Martin. In BBC America's Dirk Gently's Holistic Detective Agency, Viv plays Gripps, one of the members of the ballistic band of misfits called "The Rowdy 3". Created by Max Landis and based off the Douglas Adams series of books, Dirk Gently stars Elijah Wood and Samuel Barnett. In Netflix's juggernaut, Lost In Space (based on the original TV series), starring Toby Stephens, Molly Parker and Parker Posey, Viv portrays a colonist named Reese.2017 continues with Season 2 of Dirk Gently's Holistic Detective Agency and another installment of the Hailey Dean Mysteries.Viv enjoys life with his wife Divina and their 3 children, Vienna, Lennox and Elias.