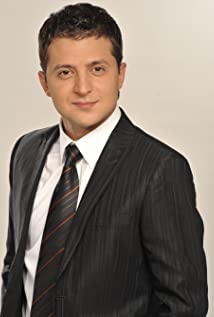 Volodymyr Zelenskyy is the 6th president of Ukraine. Before entering politics, he was a comedian, actor, screenwriter, film producer, and director.Prior to his political career, he obtained a degree in law and created a production company, Kvartal 95, which produces films, cartoons, TV comedy shows, including Servant of the People (2015), in which Zelenskiy played the role of President of Ukraine. A political party bearing the same name as the television show was created in March 2018 by employees of Kvartal 95.Zelenskiy announced his candidacy for the 2019 Ukrainian presidential election on the evening of 31 December 2018, alongside the New Year's Eve address of President Petro Poroshenko on 1+1 TV Channel. At the time, Zelenskiy had already been one of the front-runners in opinion polls for the election. Zelenskiy won the election with 73.22% of the vote in the second round, defeating Poroshenko.

Servant of the People 2

Servant of the People

No Love in the City