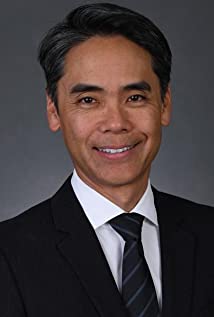 Walter Hamada is President, DC-Based Film Production, Warner Bros. Pictures. In this role, he oversees WBPG's slate of films based on Super Heroes and Super-Villains from DC, as well as titles based on other characters and stories also licensed from DC, including its Vertigo and MAD Magazine imprints. Hamada draws upon resources from across both WBP and New Line Cinema.In 2019, Hamada oversaw production of New Line's "Shazam!" and Warner Bros. Pictures' Academy Award-winning blockbuster "Joker," which has earned $1.074 billion and counting at the global box office. In 2018, he oversaw "Aquaman," the most successful DC movie of all time, with $1.3 billion in global box office. In 2020, the Studio's DC-based film releases include "Birds of Prey" and "Wonder Woman 1984."Prior to his current role, Hamada served as Executive Vice President, Production at New Line Cinema, having joined the company in 2007 as Senior Vice President, Production. Among the films he worked on during his decade-long tenure are "Friday the 13th," "Final Destination," "A Nightmare on Elm Street," the global blockbusters "The Conjuring," "The Conjuring 2," "Annabelle" and "Annabelle: Creation," which together comprise the highest-grossing horror franchise of all time, and "IT," the highest-grossing horror film of all time.Before New Line, Hamada spent four years as a partner at the management and production firm H2F Entertainment. Prior to that, he ran development for MBST Entertainment. Hamada began his career at TriStar Pictures where he ultimately served as Vice President, Production for Columbia Pictures.

The Curse of la Llorona