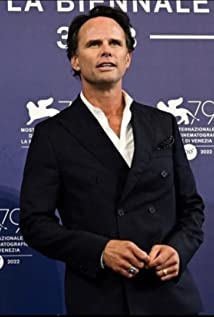 Walton Goggins is an actor of considerable versatility and acclaim who has delivered provocative performances in a multitude of feature films and television series. He won a Critics' Choice Award for his performance in the HBO comedy series "Vice Principals" and landed an Emmy nomination for his role of 'Boyd Crowder' on FX's "Justified," among numerous accolades.Goggins is the producer/star of the hit new CBS single-camera comedy "The Unicorn," which debuted as TV's #1 New Show and has been picked up for a full season. The series is about a tight-knit group of best friends and family who help 'Wade' (Goggins) embrace his "new normal" in the wake of the loss of his wife one year ago. As a sometimes ill-equipped but always devoted single parent to his two adolescent daughters, he is taking the major step of dating again. To Wade's amazement, he's a hot commodity with women, and his friends explain that he's the perfect single guy - a "unicorn": employed, attractive, and with a proven track record of commitment.He has also re-teamed with his former "Vice Principals" co-star Danny McBride on HBO's comedy series "The Righteous Gemstones," which has been renewed for a second season. Written, directed and EP'ed by McBride, it tells the story of a world-famous televangelist family with a long tradition of deviance, greed and charitable work. Goggins plays 'Baby Billy,' a former child star who clogged and sang for Jesus. As an aging man, he's fallen on hard times and comes to the Gemstones for salvation.On the feature front, Goggins plays the role of 'Christ' in THREE CHRISTS, which IFC Films will release in theaters, VOD and Digital on January 10, 2020. The story follows a doctor (Richard Gere) who is treating paranoid schizophrenic patients at the Ypsilanti State Hospital in Michigan, each of whom believe they are Jesus Christ. The film made its World Premiere at the Toronto International Film Festival.Goggins recently starred opposite Oscar winner Olivia Colman in the Appalachian thriller THEM THAT FOLLOW, which made its World Premiere at the 2019 Sundance Film Festival and was released in August 2019. The film followed members of an isolated community of Pentecostal snake handlers led by 'Pastor Lemuel' (Goggins). In the can is the indie feature WORDS ON BATHROOM WALLS.In 2018, Goggins appeared in three major studio features: He starred opposite Alicia Vikander in Warner Bros./MGM's TOMB RAIDER reboot, in the role of villain 'Mathias Vogel.' The film opened as the #1 film globally. In its review, Variety proclaimed, "Goggins, a magnetic actor who projects the lean, hungry anger of vintage-period Jack Nicholson, never hits you over the head with evil; he lets Vogel's sleazy cruelty seep through his pores."In Disney/Marvel's ANT-MAN AND THE WASP, the sequel to the superhero feature starring Paul Rudd, Goggins played 'Sonny Burch,' a character deep in the Marvel mythos. Additionally, he appeared in Twentieth Century Fox's MAZERUNNER: THE DEATH CURE, the third installment of the highly successful franchise that also opened at #1.In recent years, Goggins has had pivotal roles in films by two of Hollywood's most important auteurs: Quentin Tarantino and Steven Spielberg. His integral role as 'Chris Mannix,' a southern renegade who claims to be the new sheriff of Red Rock in Tarantino's THE HATEFUL EIGHT, marked his second collaboration with the Academy Award-winning writer/director. He previously played slave fight trainer 'Billy Crash' in Tarantino's 2012 DJANGO UNCHAINED. That same year, Goggins also appeared in Steven Spielberg's LINCOLN, where he portrayed Congressman 'Wells A. Hutchins.'For television, Goggins headlined and executive-produced season two of the contemporary espionage thriller "Deep State." He starred as 'Nathan Miller,' a former CIA operative who now works in the private sector as a fixer for the deep state and is at the heart of the new season. The series aired in the U.S. on EPIX, and Fox Networks Group Europe & Africa aired it globally in 50 markets in the summer of 2019.Goggins won a Critics Choice Award for his role opposite Danny McBride in the HBO series "Vice Principals," which aired for two seasons. Created by McBride and Jody Hill, who also created "Eastbound & Down," "Vice Principals" is a dark comedy about a high school and the two people who almost run it, the vice principals (McBride and Goggins).He starred in the first season of HISTORY's "Six," a military action drama from A+E Studios and The Weinstein Co that was the top new cable series of 2017 in total viewers. Inspired by current events, it followed an elite team of Navy SEALs whose mission to eliminate a Taliban leader in Afghanistan went awry when they uncovered a U.S. citizen working with the terrorists. Goggins played 'Rip Taggart,' the one-time leader of the SEAL team SIX squad.For over a decade, Goggins has been one of the most magnetic and intense actors on television. He received an Emmy® nomination and four Critics Cho

The Last Days of Ptolemy Grey