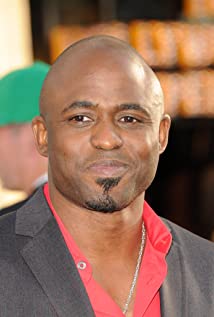 Wayne Brady was born in Columbus, Georgia and lived in Orlando, Florida. At 16, Brady had already decided on a career in the military. Little did he know that a chance performance in a high school play would garner him not only rave reviews but also permanently alter his long-range plans. Soon, he was heavily involved in the central Florida theater community, performing in numerous stage productions including "A Chorus Line", "Fences", "A Raisin in the Sun", "Jesus Christ Superstar" and "I'm Not Rappaport". Brady moved to Las Vegas and then to Los Angeles in 1996, where he began working in theater and television. He performed at the prestigious Mark Taper Forum in its production of "Blade to the Heat". He also garnered guest starring roles in such television series as NBC's I'll Fly Away (1991) and The Home Court (1995) and In the Heat of the Night (1988) for CBS. Currently, Brady is busy hosting the VH-1 series, Vinyl Justice (1998), which premieres in August. Brady has also been honored with several nominations for his work in theater, including Best Actor in a Musical for "Cotton Patch Gospel" at the distinguished Edyth Bush Theatre. He was named Sak Theatre's 1992 Rookie of the Year for TheatreSports/Improv.

The Hero of Color City