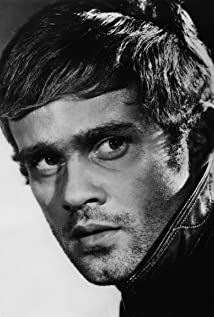 Werner Pochath was born Werner Pochlatko on September 29, 1939 in Vienna, Austria. A champion skating figure in his youth, Pochath studied acting at the prestigious Max Reinhardt Seminar in his native Vienna. Werner made his stage debut in a 1959 theatrical production of "Die Courage." Pochath moved to Rome, Italy in 1968 to initiate a career in films and subsequently went on to act in a bunch of movies in the horror, action, Western, and exploitation genres in which the uniquely intense blue-eyed and light-haired thespian was often cast as a ruthless psychopathic villain. Moreover, Werner not only also worked as a casting director, but also appeared in a handful of TV shows and continued to act on stage. Pochath was the long-term partner of noted ballet dancer, director, and choreographer John Neumeier. Werner died in Neumeier's arms at age 53 on April 18, 1993.