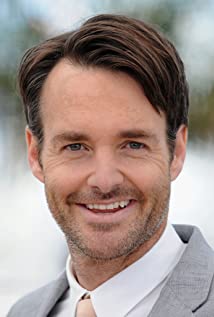 Forte was age 32 before he came to the public's attention on Saturday Night Live (1975), but had been working in comedy since 1997.Will Forte was born in Alameda County, California, and is the son of artist Patricia (Stivers) and financial broker Orville Willis Forte III (divorced). He has an older sister, Michelle. A creative and artistic child, he was an athlete (football and swimming) in high school and voted Best Personality at Acalanes High School. After graduating from UCLA with a degree in History, Forte had a brief career at a brokerage house before deciding to try comedy. Although he rarely performed stand-up, he joined the world-famous "Groundlings" and was hired as a writer for the series The Jenny McCarthy Show (1997), The Army Show, and The David Letterman Show. He eventually caught the attention of Carsey-Werner executive Tom Werner when he wrote a pilot about two childlike idiot brothers (eventually turned into the film, The Brothers Solomon (2007)) and was hired for the shows 3rd Rock from the Sun (1996) and That '70s Show (1998). In 2002, Forte moved from his home state of California to New York City to join Saturday Night Live (1975) as a writer and cast member. Although known as shy and reserved in his personal life, Forte was one of the individuals responsible for the shows move to absurd, surrealist comedy. Along with voice-over acting, guest appearances on television and small roles in films, Forte had his biggest opportunities to be a movie star with films he wrote. Forte wrote the screenplay for The Brothers Solomon (2007) (and had the leading role of childlike "Dean Solomon") and played the title role and co-wrote the SNL film MacGruber (2010). Both films were given small budgets ($10,000,000 each) and they were both considered box-office and critical failures, although they do have a cult following.After MacGruber's theatrical release, Forte left SNL for personal and professional reasons, although he has returned as a guest performer. Forte has had a recurring role on the series 30 Rock and made numerous other guest appearances on other TV comedies. After leaving SNL, he increased his work as a voice artist and appeared in many films, including A Good Old Fashioned Orgy (2011), Tim and Eric's Billion Dollar Movie (2012), Rock of Ages (2012), That's My Boy (2012), and The Watch (2012).Since 2012, he has moved into dramatic and straight roles on a television pilot titled Rebounding by the producers of Modern Family and Irish film Run and Jump. In August 2012, he was cast in the Alexander Payne film Nebraska (2013), beating out higher-profile actors such as Casey Affleck and Paul Rudd.From 2015 to 2018, he starred on, and as The Last Man on Earth (2015), a television sitcom. In 2018, he headlined as National Lampoon co-creator Douglas Kenney in the biographical film A Futile and Stupid Gesture (2018). The next year, he co-starred in more comedies, Booksmart (2019) and Good Boys (2019)

The Kids in the Hall