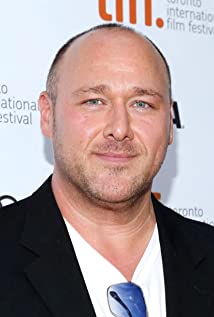 Will Sasso was born in Ladner, British Columbia (a suburb of Vancouver), to a family of Italian descent. He grew up respecting comedy of all styles, thanks in part to an unhealthy relationship with the family television that began when Will was around two or three. With his mind consequently bent, Sasso decided at an early age to become an actor. At the age of fifteen, he landed his first agent and quickly began booking roles in television and film. Before moving from Vancouver to Los Angeles, Sasso starred for five seasons as the quirky teen, "Derek Wakaluk" on the award-winning Canadian dramatic series Madison (1993) allowing him to hone his acting and improvisational skills as well as providing him with enough money to buy a television of his own.Will starred for five seasons on FOX's hit sketch comedy series MADtv (1995) giving TV viewers a reason to stay up late with characters like the accident-prone handyman "Paul Timberman" and offbeat impressions of Bill Clinton, Kenny Rogers, Arnold Schwarzenegger, Steven Seagal and Randy Newman. After a successful tenure with the show beginning in 1997, Sasso decided to leave the late-night staple in 2002, eager to explore the next stage of his career.Moviegoers know Sasso from his roles in more than twenty-five feature films including Best in Show (2000), directed by Christopher Guest, Drop Dead Gorgeous (1999), Beverly Hills Ninja (1997) starring the late Chris Farley, and The Hot Chick (2002) starring Rob Schneider and produced by Adam Sandler, with whom Sasso previously worked on Happy Gilmore (1996).More recently, Sasso can be seen every week as "Carl Monari" on the ABC sitcom Less Than Perfect (2002).In his spare time, Sasso enjoys the outdoors and the indoors.

Night of the Animated Dead