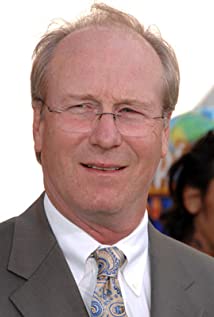 William McChord Hurt was born in Washington, D.C., to Claire Isabel (McGill) and Alfred McChord Hurt, who worked at the State Department. He was trained at Tufts University and The Juilliard School and has been nominated for four Academy Awards, including the most recent nomination for his supporting role in David Cronenberg's A History of Violence (2005). Hurt received Best Supporting Actor accolades for the role from the Los Angeles Film Critics circle and the New York Film Critics Circle.Hurt spent the early years of his career on the stage between drama school, summer stock, regional repertory and off-Broadway, appearing in more than fifty productions including "Henry V", "5th of July", "Hamlet", "Uncle Vanya", "Richard II", "Hurlyburly" (for which he was nominated for a Tony Award), "My Life" (winning an Obie Award for Best Actor), "A Midsummer's Night's Dream" and "Good". For radio, Hurt read Paul Theroux's "The Grand Railway Bazaar", for the BBC Radio Four and "The Shipping News" by Annie Proulx. He has recorded "The Polar Express", "The Boy Who Drew Cats", "The Sun Also Rises" and narrated the documentaries, "Searching for America: The Odyssey of John Dos Passos", "Einstein-How I See the World" and the English narration of Elie Wiesel's "To Speak the Unspeakable", a documentary directed and produced by Pierre Marmiesse. In 1988, Hurt was awarded the first Spencer Tracy Award from UCLA.