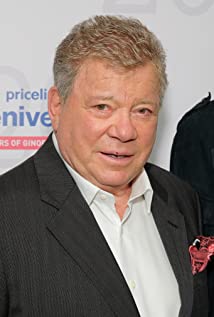 William Shatner has notched up an impressive 50-plus years in front of the camera, displaying heady comedic talent and being instantly recognizable to several generations of cult television fans as the square-jawed Captain James T. Kirk, commander of the starship U.S.S. Enterprise.Shatner was born in Côte Saint-Luc, Montréal, Québec, Canada, to Anne (Garmaise) and Joseph Shatner, a clothing manufacturer. His father was a Jewish emigrant from Bukovina in the Austro-Hungarian Empire, while his maternal grandparents were Lithuanian Jews. After graduating from university he joined a local Summer theatre group as an assistant manager. He then performed with the National Repertory Theatre of Ottawa and at the Stratford, Ontario Shakespeare Festival as an understudy working with such as Alec Guinness, James Mason, and Anthony Quayle. He came to the attention of New York critics and was soon playing important roles on major shows on live television.Shatner spent many years honing his craft before debuting alongside Yul Brynner in The Brothers Karamazov (1958). He was kept busy during the 1960s in films such as Judgment at Nuremberg (1961) and The Intruder (1962) and on television guest-starring in dozens of series such as Alfred Hitchcock Presents (1955), The Defenders (1961), The Outer Limits (1963) and The Twilight Zone (1959). In 1966, Shatner boarded the USS Enterprise for three seasons of Star Trek: The Original Series (1966), co-starring alongside Leonard Nimoy, with the series eventually becoming a bona-fide cult classic with a worldwide legion of fans known as "Trekkies".After "Star Trek" folded, Shatner spent the rest of the decade and the 1970s making the rounds guest-starring on many prime-time television series, including Hawaii Five-O (1968), Marcus Welby, M.D. (1969) and Ironside (1967). He has also appeared in several feature films, but they were mainly B-grade (or lower) fare such as the embarrassingly bad Euro western White Comanche (1968) and the campy Kingdom of the Spiders (1977). However, the 1980s saw a major resurgence in Shatner's career with the renewed interest in the original Star Trek: The Original Series (1966) series culminating in a series of big-budget "Star Trek" feature films including Star Trek: The Motion Picture (1979), Star Trek II: The Wrath of Khan (1982), Star Trek III: The Search for Spock (1984), Star Trek IV: The Voyage Home (1986), Star Trek V: The Final Frontier (1989) and Star Trek VI: The Undiscovered Country (1991). In addition, he starred in the lightweight police series T.J. Hooker (1982) from 1982 to 1986, alongside spunky Heather Locklear, and surprised many fans with his droll comedic talents in Airplane II: The Sequel (1982), Loaded Weapon 1 (1993) and Miss Congeniality (2000).He has most recently been starring in the David E. Kelley television series The Practice (1997) and its spin-off Boston Legal (2004).Outside of work he jogs and follows other athletic pursuits. His interest in health and nutrition led to him becoming spokesman for the American Health Institute's 'Know Your Body' Programme to promote nutritional and physical health.

To Your Last Death

The Steam Engines of Oz

The Truth Is in the Stars

When Elephants Were Young