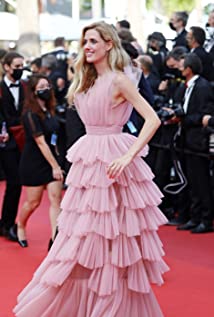 Wilma Elles is a German actress known in more than 70 countries in Turkey, the Middle East, North Africa, Eastern and Central Europe for her lead-role in 'Filinta' and 'Yeter' and especially in the weekly TV series "Öyle bir gecer zaman ki" (As time goes by), which broke several viewer records and is watched with the highest ratings.Since four years old she wanted to be an actress and performed plays for family and neighbors. She took acting classes since the age of 10 and played in about 26 theatre plays. After receiving her acting diploma from the Kaca Celan Theatre School she got her first offers for TV and cinema productions. Her breakthrough was definitely the lead role as Caroline in the record breaking TV series "As times goes by", which is now screened in 70 countries. Despite not knowing Turkish at that time she won the casting out of 800 actresses, while learning her lines phonetically. Now she speaks not only German and Turkish fluently, but also French and English, which she proved by playing a Native French and Native American English speaker in different cinema movies. Until now she gave life to the lead character in about twenty cinema movies.Besides that she designed the worldwide first Feng Shui Fashion collection for the international brand ADL and appears as a model at various Fashion Weeks of the world. She has been on many magazine covers as Elle Bulgaria, GQ Turkey, Instyle Home, Tempo Turkey.Wilma Elles has won twenty-one awards as Best Actress, including the European Quality Award and the World Consumer Award.