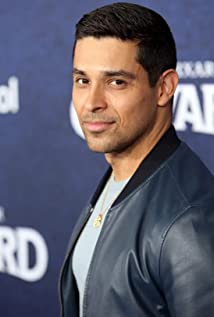 Wilmer Valderrama has amassed an extensive acting resume in film and television that solidified him in Hollywood as a sought-after leading man. Valderrama starred in Fox's sci-fi series Minority Report (2015) as Will Blake, a new police detective on the force. The series, which also starred Meagan Good and Stark Sands, was a sequel to the Steven Spielberg-directed movie set 10 years after the end of Pre-crime in D.C. Valderrama also starred as Carlos Madrigal, the main villain in ]link=nm0001675] and Quentin Tarantino's first original series From Dusk Till Dawn: The Series (2014) on El Rey Network. Valderrama voiced Prince Charming in the John H. Williams animated film Charming (2018), opposite Ashley Tisdale, Avril Lavigne, and Demi Lovato. Valderrama starred in the indie dramas To Whom It May Concern (2015), from French director Manu Boyer, and The Adderall Diaries (2015), opposite Amber Heard and James Franco, which premiered at the 2015 Tribeca Film Festival. His other film credits include Larry Crowne (2011), From Prada to Nada (2011), and Summer Catch (2001). Most recognized for his role as Fez on Fox's Emmy-nominated series That '70s Show (1998), a role that garnered him numerous Teen Choice Awards and an ALMA Award nomination. Valderrama also lent his voice to the character Manny on the Disney Channel's animated children's program Handy Manny (2006). His other television credits include Awake (2012), Raising Hope (2010), Suburgatory (2011), Royal Pains (2009), and Wizards of Waverly Place (2007). Behind the camera, Valderrama created and produced the MTV series Yo Momma (2006), also serving as the host for all three seasons, in addition to producing other MTV series such as Punk'd (2003), Blowin' Up (2006), and Trippin (2005). As for his philanthropic efforts, Valderrama has directed several PSAs for multiple organizations such as Voto Latino, where he stands as co-chair, and the Environmental Media Association, where he is an executive board member. Valderrama is the spokesperson for CHCI, the Congressional Hispanic Caucus Institute, and is the founder of their Ready 2 Lead program, which educates and empowers the Latino youth. He also worked with President Barack Obama's Organizing for Action campaign on future efforts involving immigration reform and education. Born in Miami, Valderrama moved to Venezuela with his family at the age of 3. Valderrama is fluent in both Spanish and English. When Valderrama was 13, his family relocated to Los Angeles.

The Girl Is in Trouble

To Whom It May Concern