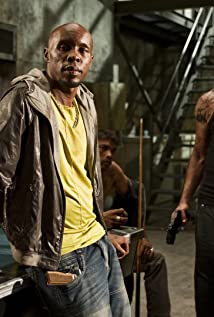 Harris was born Sherwin David Harris in Chicago, Illinois, to John and Mattie Harris. However, he works under his nickname, "Wood". Attended New York University Graduate Acting Program at the Tisch School. Has performed in many films and various stage productions including plays by August Wilson, William Shakespeare and Tennessee Williams. He is one of the stars of the HBO series The Wire (2002), which was recently chosen by Time magazine as one of best TV shows of all time. He is regarded as one of the best actors of his generation. Wood is the younger brother of Steve Harris, star of the ABC legal drama The Practice (1997). Wood, like his brother, splits his time between New York and California.

The Watsons Go to Birmingham