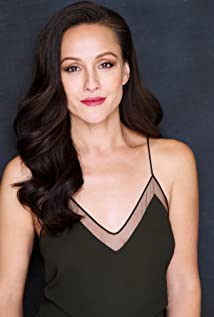 Crystal Lowe was born on 20 January, 1981 in Vancouver, British Columbia, Canada. At a young age, Crystal and her family moved to Hong Kong, where she spent a few years, becoming fluent in Cantonese. Because of her natural beauty, Crystal then entered such modeling competitions including "Miss Teen Oriental." She has also been a sunshine calendar girl, has done various magazine covers, and has been in various swimsuit competitions. As well as a model, Crystal is also an actress with numerous credits including Final Destination 3 (2006), Snakes on a Plane (2006), Scary Movie 4 (2006), The L Word (2004), and 2006 horror remake Black Christmas (2006), in which she stars as Lauren Hannon alongside Mary Elizabeth Winstead (her FD3 co-star), Katie Cassidy, and others. As well as an actress and model, Crystal is a spokes-model for Wheel Company "Konig," Sylvester Stallone's health product line "Instone," Coors Light (Beer), and Imvasian (modeling/clothing/dvd line). With other numerous credits in plays such as Sampson and Delilah and Noises Off, in which she played lead roles. Crystal is a growing actress and model who has already starred in several movies which are hits, has been used as a model for video-games Need For Speed 2004 and Fight Night 3004, is a spokes-model, has done magazine centerfolds and has won several beauty competitions.

Marry Me at Christmas