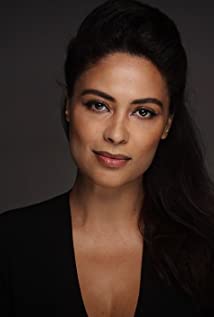 Yasmine Al Massri is an international actress, contemporary artist and dancer. Born in Lebanon, from a Palestinian father and an Egyptian mother. At age 20, she moved to Paris to study, and graduated from the prestigious L'Ecole des Beaux Arts de Paris in Multimedia and live performances.Her artistic interdisciplinary career began in dancing, when in 2000 she joined the Thouraya Baghdadi's Dance company in Paris. Inspired by great choreographers, she explored classical and innovative ways of performing Arab repertoire and opened herself to world folklore, Flamenco, Salsa and African dance. Shortly afterwards she created her own personal style of performance and directed herself in numerous performance videos that have been seen in performance arts festivals around the world.Al Massri's first big break as an actress was in the award-winning Lebanese film "Caramel" written and directed by Nadine Labaki. At the 2007 Cannes Film Festival it generated tremendous critical acclaim and went on to be the most successful Arab film to date. It also got Al Massri a best actress award with the film's ensemble of actresses at the Abu Dhabi International Film Festival, and later a nomination at the Asia Pacific Screen Award 2007.In 2008, director Najwa al Najjar cast Yasmine in the lead role of her award winning film "Pomegranates and Myrrh" alongside Hiam Abbass. The film opened at the Sundance Film Festival in 2009 and Yasmine went on to win the Youssef Chahine Best Actress award for her performance at the Rabat International Film Festival.In 2010 Yasmine starred in Julian Schnabel's internationally acclaimed film," Miral", alongside Vanessa Redgrave, Hiam Abbas, Frieda Pinto and Willem Dafoe. Her latest movie "The Last Friday", won the best film award at the Dubai International Film Festival 2011.More recently, Yasmine was seen as a series regular opposite John Malkovich in the NBC series Crossbones and also as a series regular in the ABC series Quantico.In 2015, Variety included her on their list of breakout performances, which also included the likes of Rami Malek, Aziz Ansari, Titus Burgess, Taraji P. Henson, Ben Mendelsohn and more.