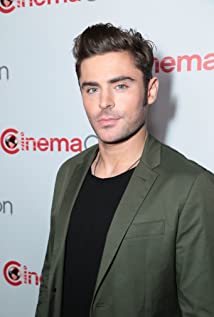 Zachary David Alexander Efron was born October 18, 1987 in San Luis Obispo, California, to Starla Baskett, a secretary, and David Efron, an electrical engineer. He has a younger brother, Dylan. The surname "Efron", which is Hebrew and a Biblical place name, comes from Zac's Polish Jewish paternal grandfather.Zac was raised in Arroyo Grande, CA. He took his first step toward acting at the age of eleven, after his parents noticed his singing ability. Singing and acting lessons soon led to an appearance in a production of "Gypsy" that ran 90 performances, and he was hooked. After appearing on-stage in "Peter Pan", "Auntie Mame", "Little Shop of Horrors" and "The Music Man", guest parts quickly followed on television series, including Firefly (2002), ER (1994), CSI: Miami (2002), NCIS (2003), and The Guardian (2001). After guest-starring in several episodes of Summerland (2004), Zac joined the regular cast as girl-crazy Cameron Bale. He also starred in several pilots, such as The Big Wide World of Carl Laemke (2003) and Triple Play (2004), and played an autistic child in the television film Miracle Run (2004), alongside Mary-Louise Parker and Aidan Quinn. He graduated from Arroyo Grande High School in June 2006.Efron came to fame for starring in the Disney Channel original film High School Musical (2006), for which he won the Teen Choice Award for Breakout Star. He returned to the role of Troy Bolton in High School Musical 2 (2007), which broke cable TV records with 17.5 million viewers.He had the lead roles in the fantasy romance Charlie St. Cloud (2010) and the comedy 17 Again (2009), both from director Burr Steers, and as the lovable Link Larkin in 2007's smash hit musical Hairspray (2007), directed by Adam Shankman. As part of the all-star cast, he shared a Critics Choice Award for Best Acting Ensemble and the 2007 Hollywood Film Festival Award for Ensemble of the Year, and was honored with a Screen Actors Guild Award® nomination for Outstanding Motion Picture Cast. In addition, he won an MTV Movie Award for Breakthrough Performance.Efron then starred in Richard Linklater's Me and Orson Welles (2008), an adaptation of the novel by Robert Kaplow, which premiered to rave reviews at the 2008 Toronto Film Festival. That same year, he led Kenny Ortega's High School Musical 3: Senior Year (2008), which set a box office record for the highest grossing opening weekend for a musical. In 2012, Efron took the lead in The Lucky One (2012), a film adaptation of the Nicholas Sparks novel, playing a marine who returns to North Carolina after serving in Iraq in search for the unknown woman he believes was his good luck charm during the war. He also lent his voice to the animated feature Dr. Seuss' The Lorax (2012), and co-starred in Lee Daniels' thriller The Paperboy (2012), alongside Nicole Kidman, John Cusack, Matthew McConaughey and Scott Glenn, as well as Josh Radnor's Liberal Arts (2012), which premiered to rave reviews at the Sundance Film Festival. Another indie film he co-starred in, At Any Price (2012), was released in 2013.Most recently, Zac starred with Seth Rogen in the hit comedy film Neighbors (2014), headlined the 2015 drama We Are Your Friends (2015), carried three 2016 comedies, Dirty Grandpa (2016), Neighbors 2: Sorority Rising (2016), and Mike and Dave Need Wedding Dates (2016), and starred opposite Hugh Jackman and Zendaya in the musical drama The Greatest Showman (2017), about showman P. T. Barnum. The latter title was a sleeper hit in the winter of 2017, becoming Zac's highest-grossing live action film in the U.S.Zac's 2019 roles include a supporting part in Harmony Korine's The Beach Bum (2019), and playing serial killer Ted Bundy in Joe Berlinger's biographical drama Extremely Wicked, Shockingly Evil and Vile (2019).Efron's favorite sports include golf, skiing, rock climbing, and snowboarding. He added surfing after spending days on the beach for "Summerland." He played the piano at home. He has also fixed up two cars in his spare time, a Delorean and '65 Mustang convertible, both treasured hand-me-downs from his even-more-treasured grandfather.

Down to Earth with Zac Efron

We Are Your Friends