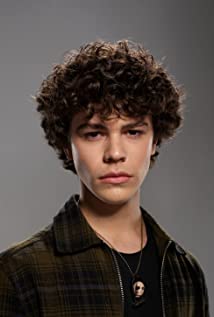 Zackary Arthur age fourteen, has worked in every genre of film and television. Zackary began his career at six, making his major motion picture debut as Sam Sullivan in The 5th Wave, starring opposite Chloë Grace Moretz as her little brother. Zackary's television debut was on the Golden Globe/Emmy-winning Amazon series, Transparent. He worked on all seasons of the show, ironically playing the character "Zack" as Amy Landecker and Rob Hubel's son. Zackary enjoys filming in the U.S.A. and Internationally. Most recently, he stars in three upcoming feature films which premiere in 2020 and 2021. In addition to all film and television credits, Arthur has worked in dozens of commercials and enjoys voice over work. Zack continues to take acting classes, considering training a top priority. He and has studied acting since the beginning of his acting career. Zackary's interests include; track and field, parkour, singing, pop & lock dancing, climbing trees, and drawing. He is a voracious reader, enjoys world travel, loves roller coasters, horseback riding and hiking. He is a fan of all outdoor sports, helicopters and boating. The youngest of three children, Arthur lives in Southern California with his family including his singer mom, retired firefighter dad, fourteen-year old brother Aiden Arthur, also a working actor, and four dogs. Zack's sister, Hayley, works in advertising and marketing. Zack aspires to continue his acting career and eventually direct and produce films. Please follow him on IG and TW @1zackaryarthur

Don't Come Back from the Moon