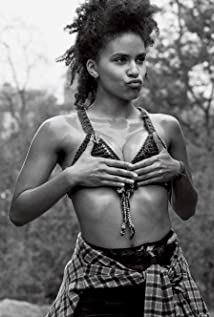 Zazie Beetz (born c. 1991) is a German-American actress known for the role of Vanessa on Atlanta (2016), as well as for starring in Deadpool 2 (2018), Joker (2019), and Nine Days (2020).Born in Berlin to a German father and an African-American mother, Beetz was raised in New York speaking both German and English at home. Performing in community theaters and local stages since childhood, Zazie found her joy in grade school and grew up acting. She attended LaGuardia Arts High school, where she continued to engage her love for performing arts, but decided to not pursue a conservatory program afterward. Instead, she went to Skidmore College, where she received a bachelor's degree in French. Beetz currently resides in her hometown, New York.